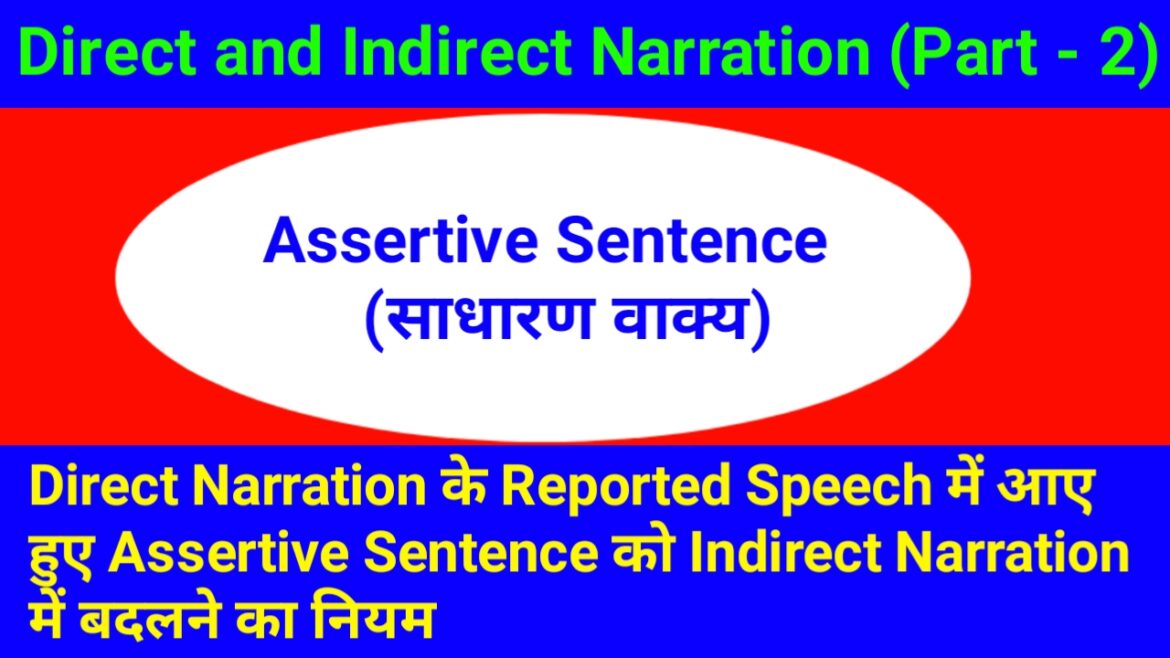 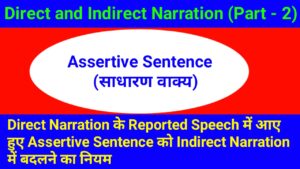 Assertive sentence (साधारण वाक्य) :- “A Sentence that makes a statement is called an Assertive Sentence.”

Direct – I said to him, “We can help you in your problem.”
Indirect – I told him that we could help him in his problem.

Direcr – they said to me, “We know you.”
Indirect – they told me that they know me.

Direct – Mohan said to us, “You have done my work.”
Indirect -Mohan told us that we had done his work.

Direct – They said to Rita, “We can give you our books.”
Indirect – They told Rita that they could give her books .

Indirect – Ravi told the boys that he knew them.

Indirect – I told Ravi that he was very naughty.

For Complete Preparation of English for Board Exam please Visit our YouTube channel –
https://www.youtube.com/c/Knowledgebeem