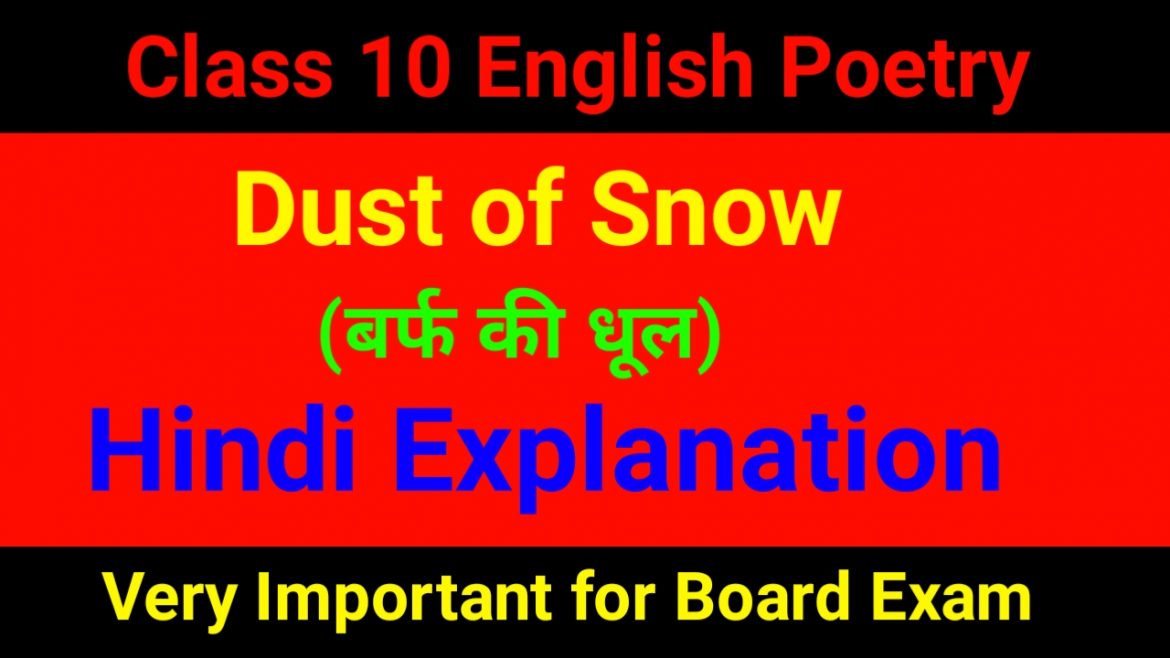 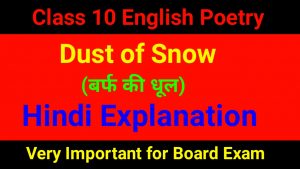 Has given my heart
A change of mood
And saved some part
Of a day I had rued.

• Read the following stanzas and Answer the questions based on them:

1. The way a crow
Shook down on me
The dust of snow
From a hemlock tree

1. Where was the poet standing ?

Ans. The poet was standing under a Hemlock tree.

4. Under which tree was the poet standing?
Ans. Poet was standing under a Hemlock tree.

2. Has given my heart
A change of mood
And saved some part
Of a day I had rued.

2. Which particles did the crow shake down?

Ans. The crow shook down the particles of snow.

4. What was the effect of the fall of the dust of snow on the poet?
(a) Changed his mood (b) Changed his luck

7. What is the rhyme scheme of the poem?

8. Name the poetic device used in the line ‘And Saved Some Part.”
(a) Alliteration (b) Metaphor
(c) Oxymoron (d) Simile

9. What does ‘Dust of Snow’ represent?
(a) Healing power of nature (b) Particles of snow
(c) Cool weather (d) None of the above

10. The crow and Hemlock tree symbolize-

Our Mobile App for Board Exam – https://play.google.com/store/apps/details?id=com.knowledgebeem.online